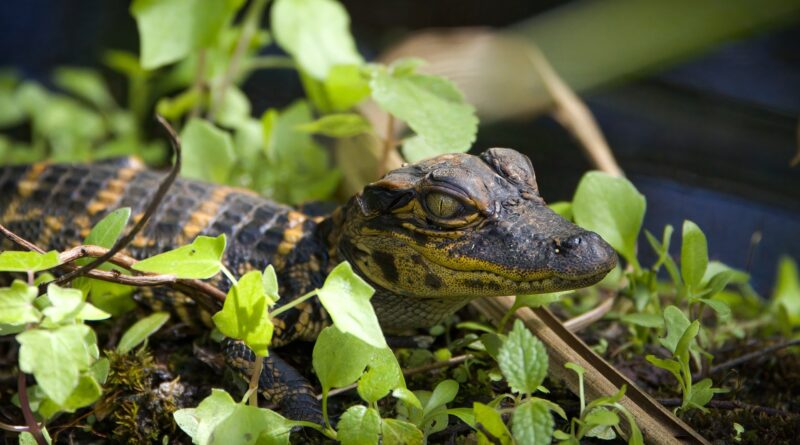 Florida Man September 30 brings us two more crazy stories from sunny Florida. What kind of stories have we dug up from are favorite mischief-maker?  Keep scrolling to find out!

Mount Dora, Florida. — On September 30, 2021 A Florida man caught an alligator, again. As expected this is a fairly common event for Florida man, however we thought we would write about it anyways.

It all started the mans neighbors spotted an alligator in their neighborhood. Soon after, a Florida Man arrived with the best plan possible.

The man here is Eugene Bozzi, a loving father and military veteran. He successfully captured and released the alligator only by using a large trash can. How did it happen?

The event’s start is still unknown, but a viral video shows that he was using a large trash can to trap the alligator. It happened in Mount Dora, Florida, right in front of someones home.

In the video, the man is pushing the can towards the lake with the alligator inside it. Imagine the weight. But despite the obstacle, the man still managed to put the trash can on the nearby spot and let the alligator escape into the lake.

Throughout the entire event, bystanders cheered Bozzi on. It was like a movie, but everything was real. The man told the news that he actually felt frightened when holding a trash can with an alligator.

Although there wasn’t anyone injured, Florida Fish and Wildlife Conservation Commission recommends for people to ask for help from a professional to deal with this type of situation.

Martin County, Florida:  Many people have used different level of fakes to try and pass as an official ID. But tacos? Well, we don’t know about that. At least a Florida man, a drunk one, tried to use a taco for his ID when asked to identify himself by a local officer.

The story began late at night when Falkner (30) decided to go to the nearest fast-food restaurant to grab some midnight snacks after wakening up with a terrible hangover. He drove his Chevy to the drive-thru window .

He placed an order, as usual, paid his money, and then proceeded to fall asleep. The manager noticed something was wrong because of a long line in the drive-thru section. The manager had no choice but to call the police.

When the authorities arrived, they asked for the man’s ID. Falkner then said no, while grabbing something out of his bag. It was a taco. The deputy asked the question again and said he was asking for an ID, not the taco. Funny, Falkner laughed and ate the taco.

Falkner fell asleep with his foot on the accelerator with the car in park. The engine then caught on fire. The staff managed to extinguish the flames with some fire extinguishers.

Once again, Florida man has proven to be an individual full of randomness, absurdity, and a unique way of thinking. From catching a crocodile with a trash can to using a taco as an ID card. Indeed anything could happen if you have Florida Man around.

If you love Florida man tales as much as I do, make sure to check out some of my other posts.

If you would like to know what Florida man was doing on your birthday, just leave the date in the comments below.